Inauguration of the New Academic Year!

Students from 65 countries around the world, including Poland, have began their new academic year at the WSB University in Dąbrowa Górnicza.

The ceremony was preceded by an Ecumenical Service held in the Basilica of the Virgin Mary of the Angels in Dąbrowa Górnicza. The service was presided over by Revd. Canon Andrzej Nowicki, Chaplain of the Economic Communities, who gave the commemorative word.

The 28th Inauguration of the Academic Year at the WSB University began with the traditional Rector's procession and the performance of the anthem Gaudeamus Igitur!

In her speech, the Rector, Prof. Zdzisława Dacko-Pikiewicz, PhD, referred to the outstanding results of the WSB University achieved in the previous year and to the University's strategy, which is now in line with the sustainable development goals of the United Nations.

The inaugural lecture entitled. "Covid-19 and the construction of a new socio-economic order" was delivered by Prof. Alojzy Z. Nowak, JM Rector of the University of Warsaw.

Mr Wojciech Murdzek, Secretary of State at the Ministry of Education and Science, delivered his word to the WSB University community. Then, a letter on behalf of the Marshal of the Silesian Voivodeship, Mr Jakub Chełstowski, was read out by Ms Maria Materla, Councillor of the Silesian Voivodeship Assembly, while a letter on behalf of the Mayor of Dąbrowa Górnicza, Mr Marcin Bazylak, was read out by Ms Malwina Burzyńska.

The most important moment of the ceremony was matriculation, during which first- and second-cycle students, as well as those with a unified master's degree, foreign students and doctoral students of the International Doctoral School at the WSB University took the oath before Katarzyna Szczepańska-Woszczyna, Ph.D., Prof. AWSB - Prorector for Science and Education at the WSB Academy. The matriculation act was completed by the Rector.

For the 22nd time, the 'Leader of the Year' awards were presented. The winners of this prestigious award are graduates who have achieved the highest grade point averages in all years of their studies, and who have also distinguished themselves through their active and significant scientific, social and cultural activities for the benefit of the academic community. The title and the 'Leader of the Year 2022' statuette were presented by the Rector to Wiktoria Kolano, a second-year graduate in National Security, Vice-Chairperson of the WSB University Student Government and Chairperson of the 'Save the World' International Security Study Group, and Anna Lech, a second-year graduate in Logistics, member of the Logis IT Student Association and the Health Sciences Association.

During the ceremony, the Rector's awards for scientific and organisational activities for the WSB Academy were also presented to:

Thank you to everyone who was with us, both within the walls of the University and during the live broadcast via our social media. We wish all students the best in their studies, continued courage in setting life goals, perseverance and patience in achieving them, and many true lifelong friendships. 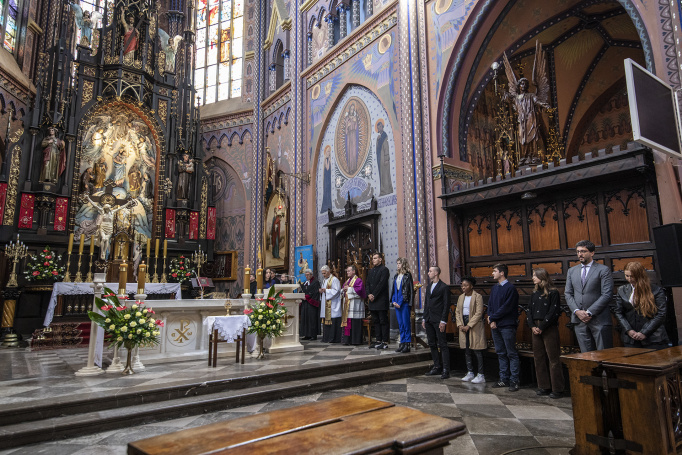 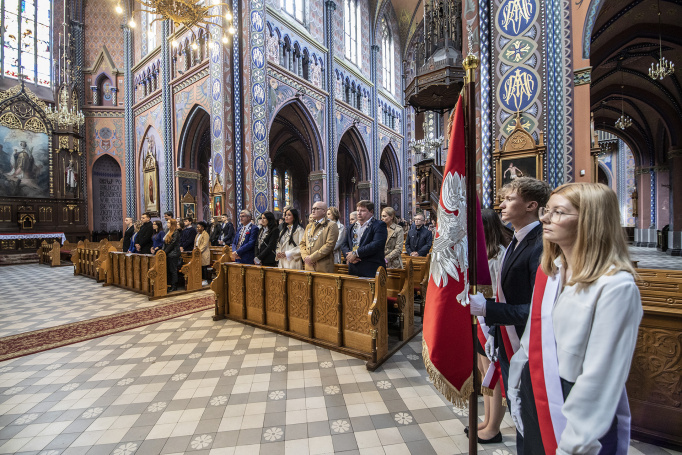 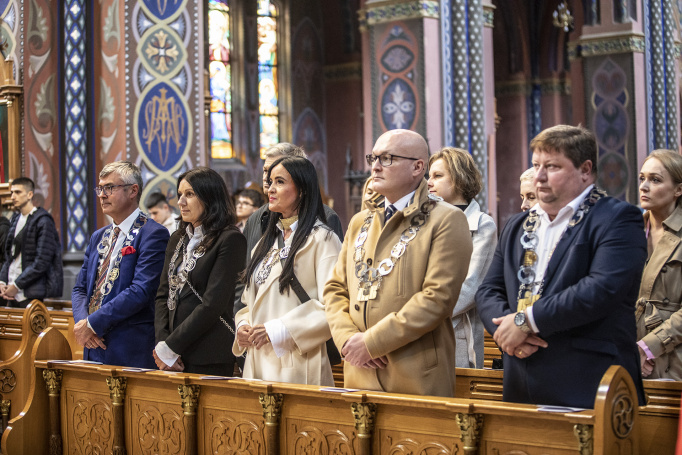 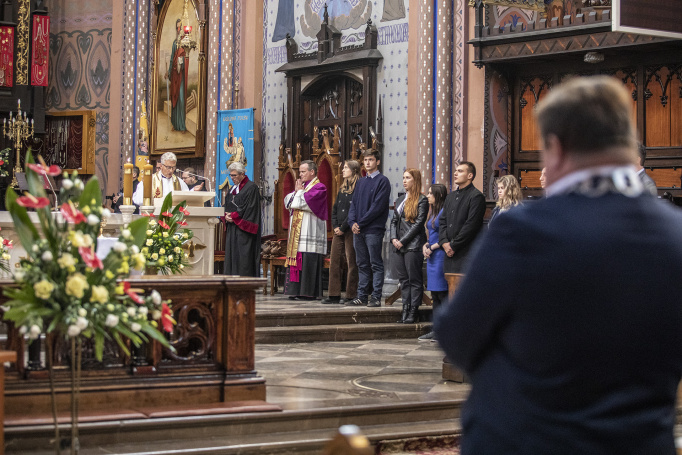 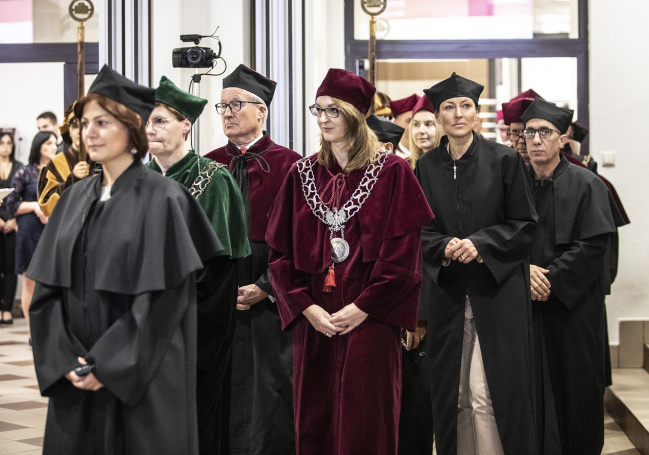 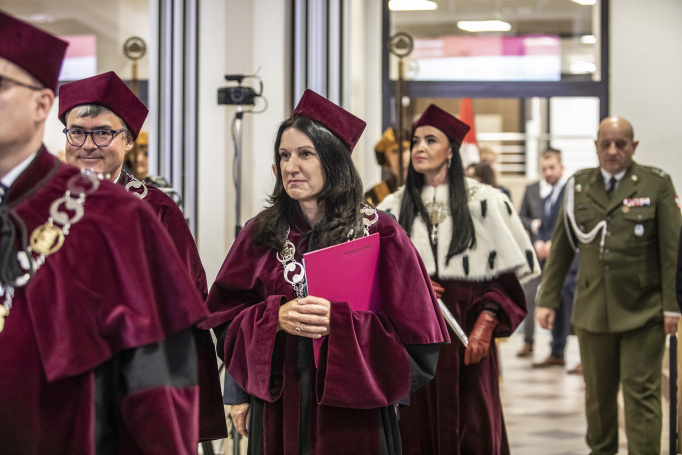 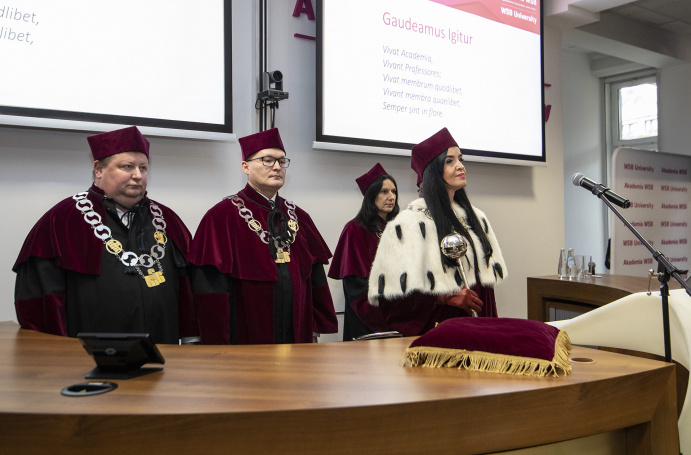 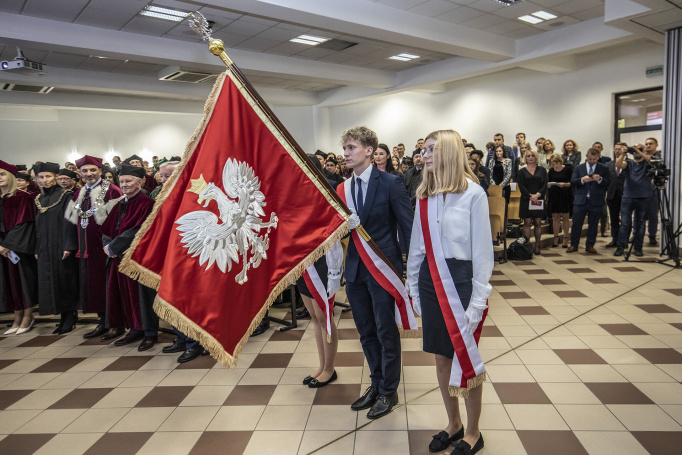 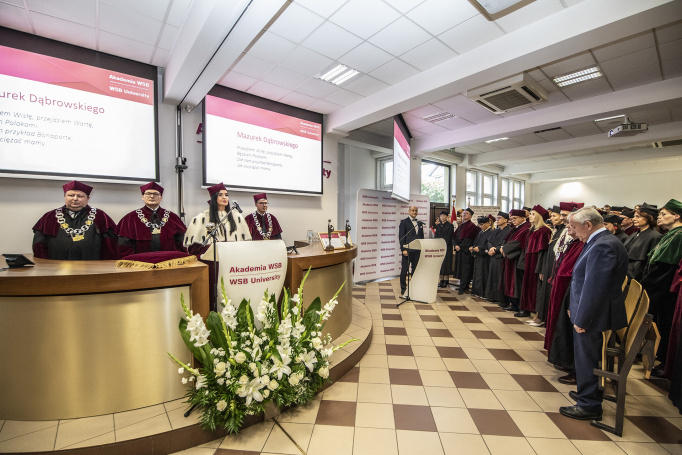 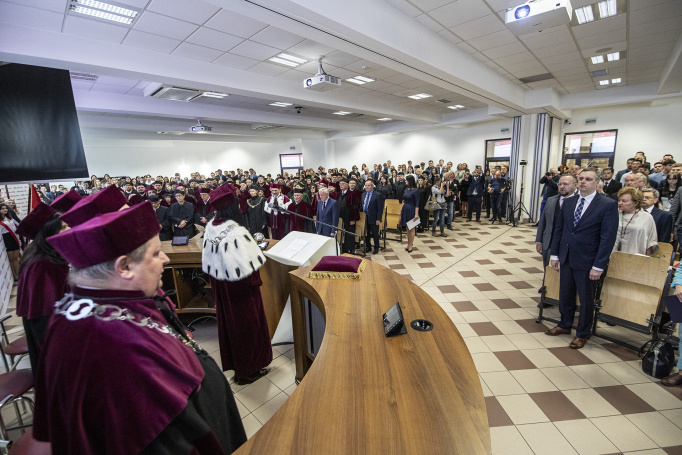 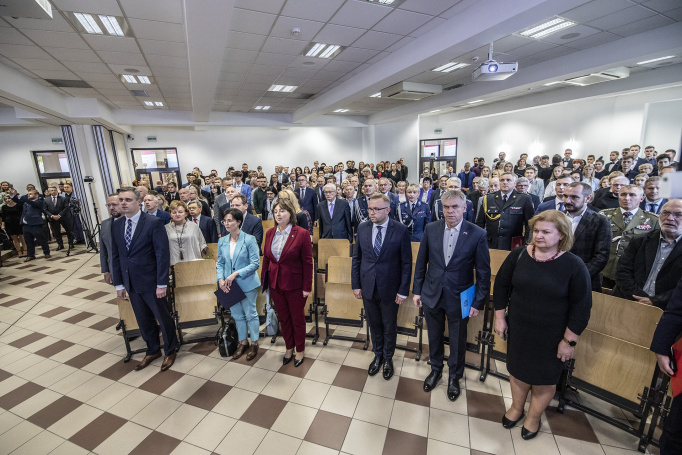 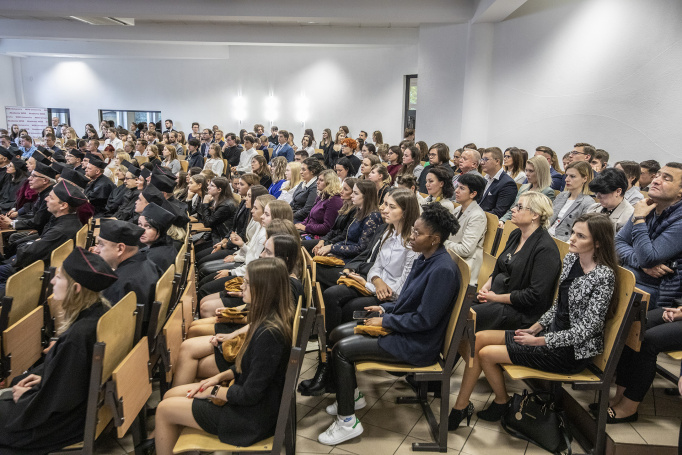 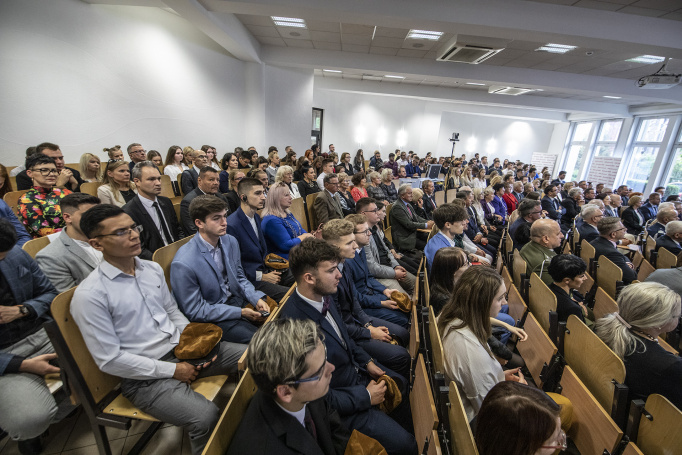 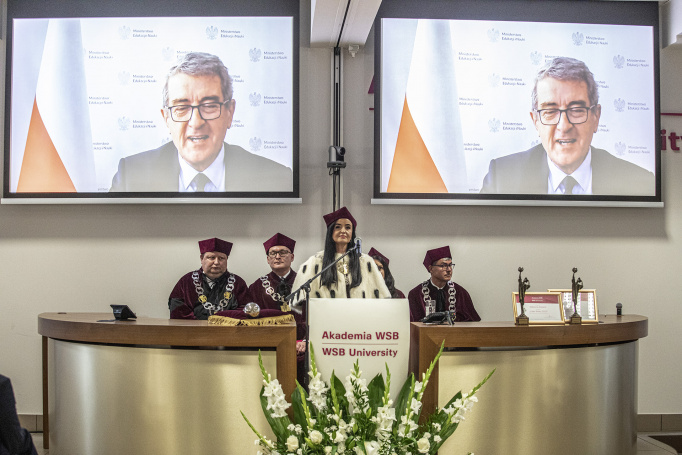 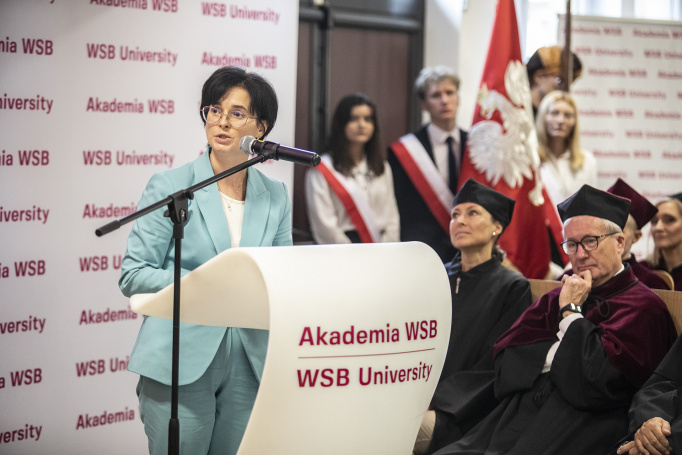 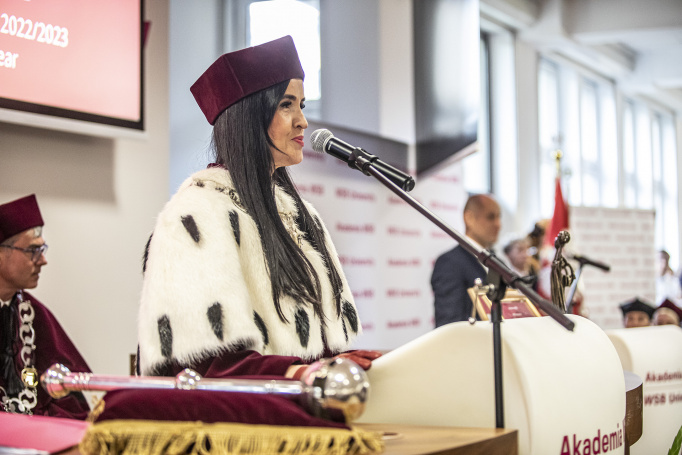 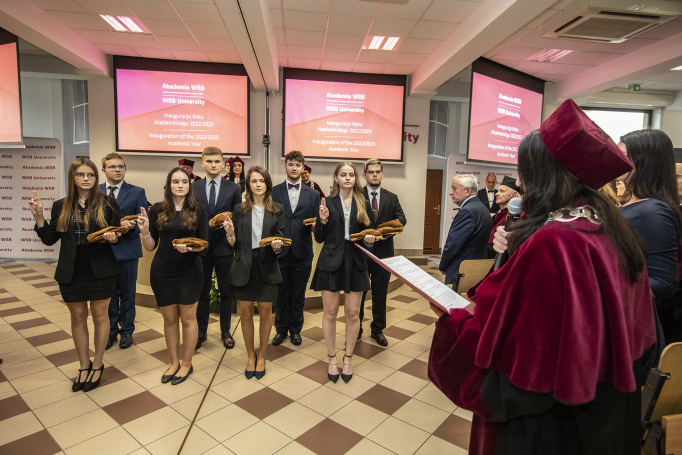 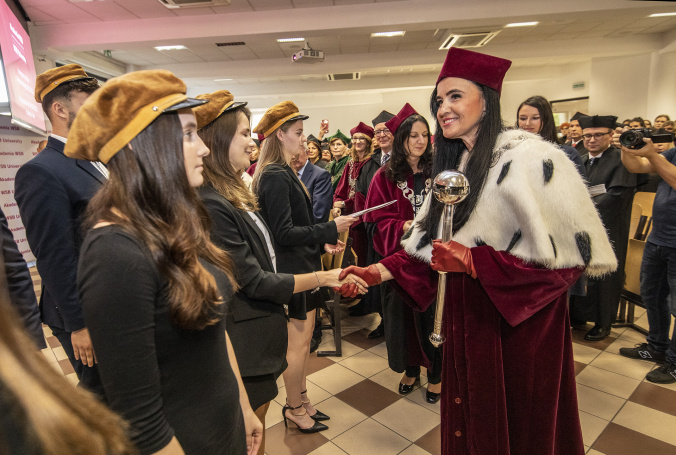 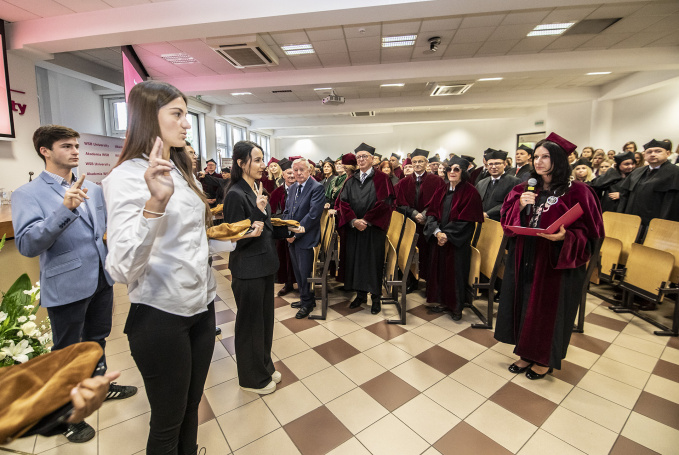 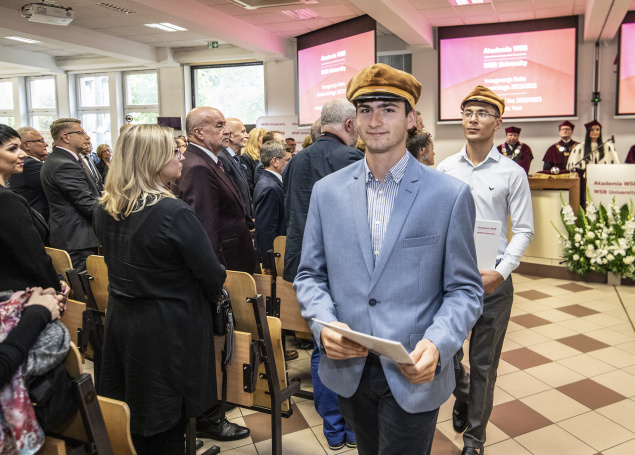 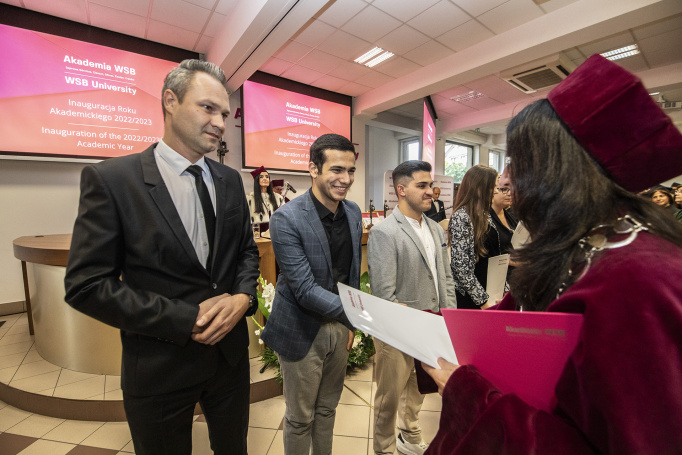 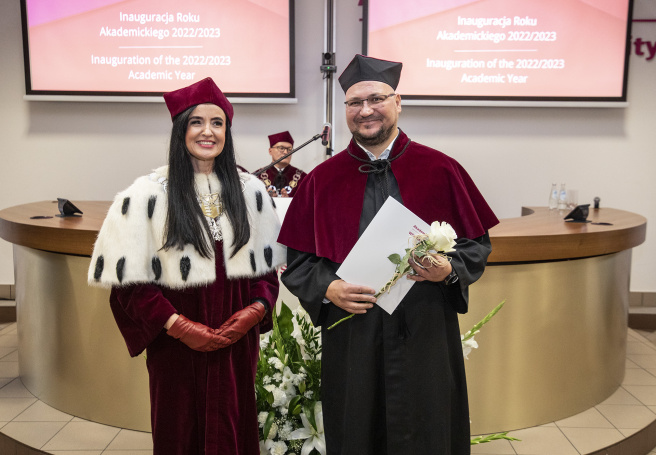 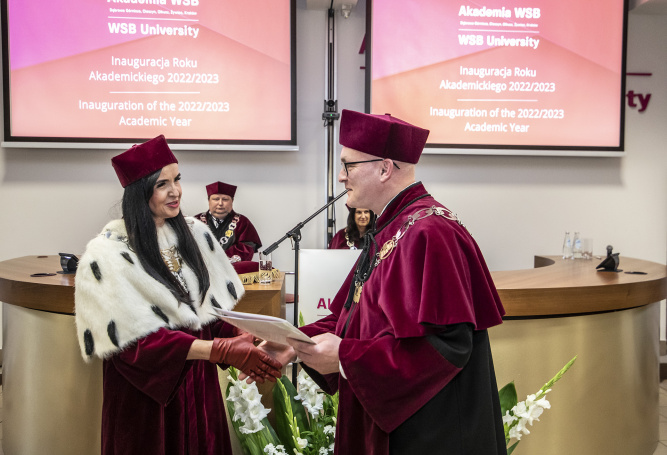 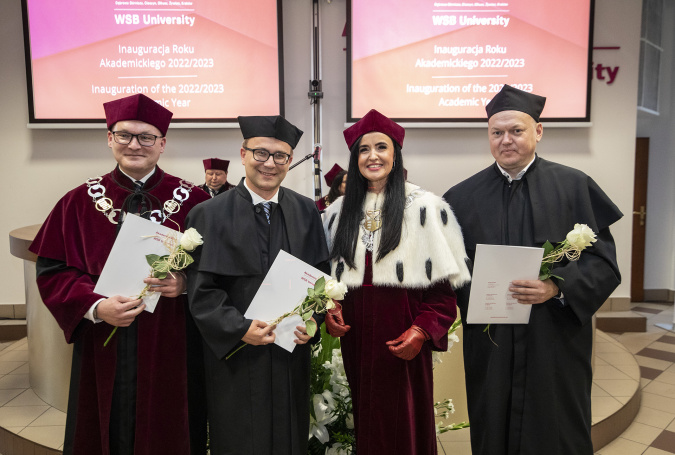 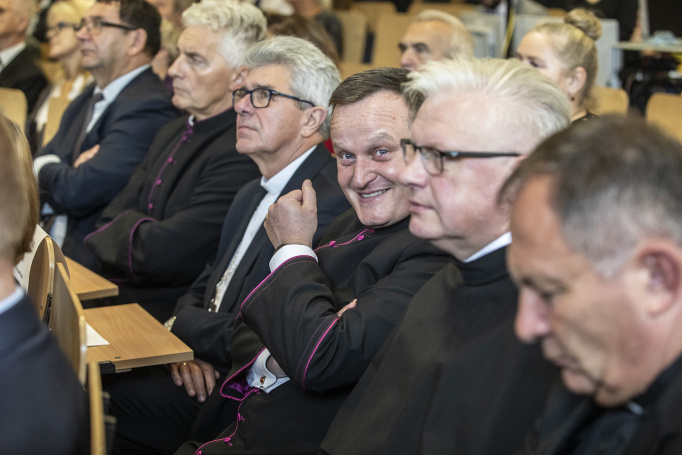 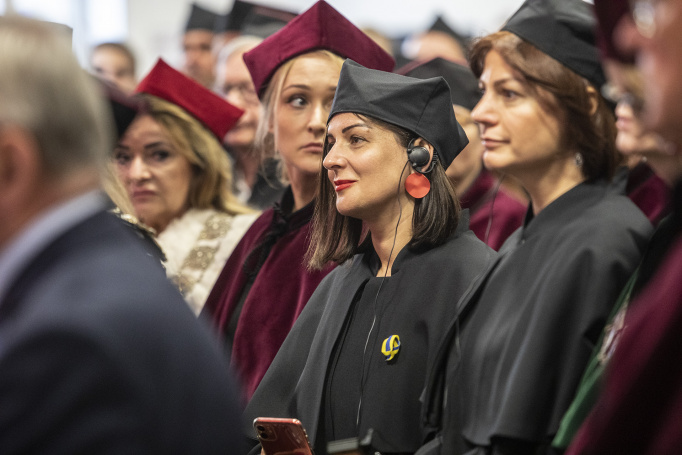