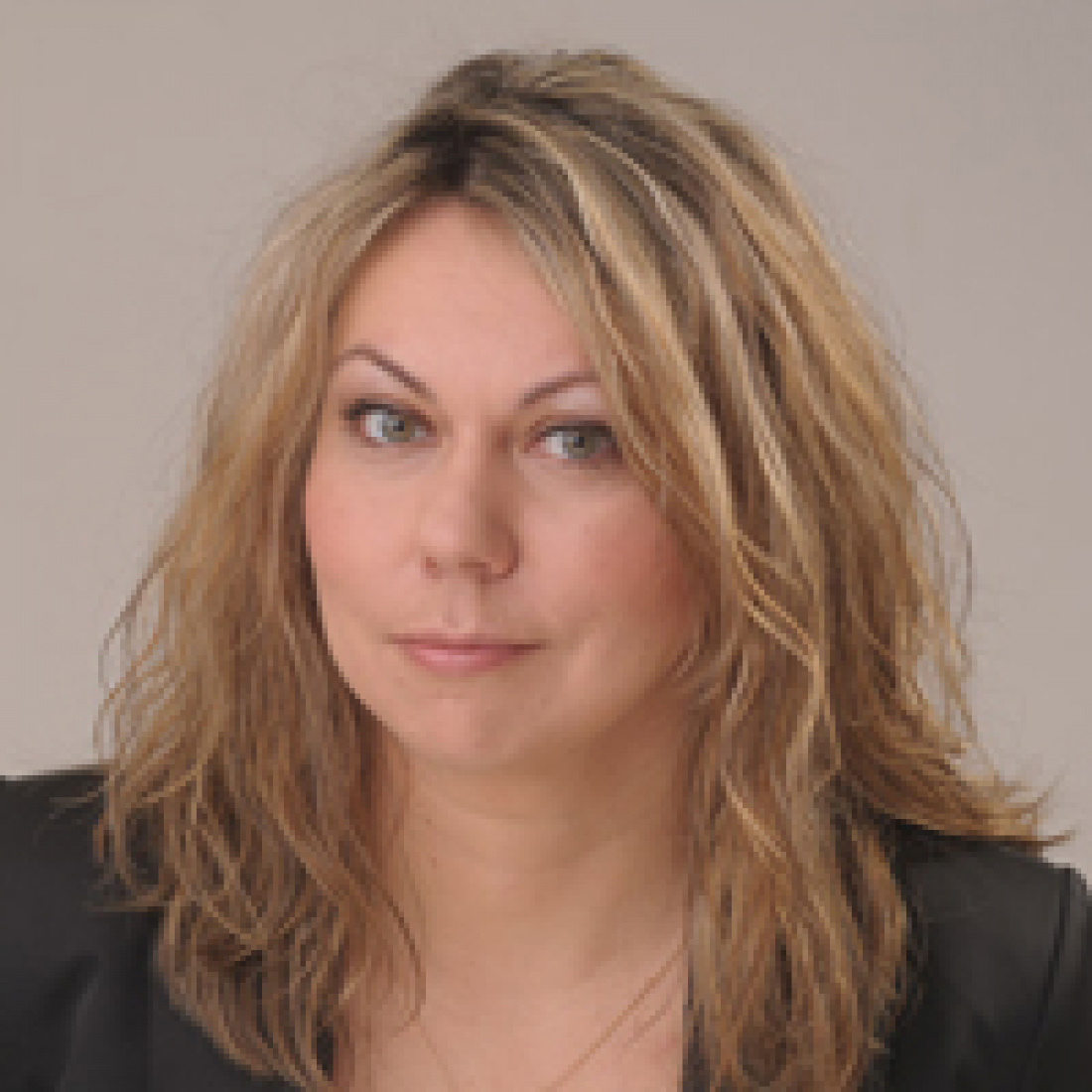 Katarzyna Aleksy - Head of Department Department of Programmes for Institutions,

Director of Department - Programmes for Institutions at NAWA Polish National Agency for Academic Exchange.  In 2017 she worked on the concept of the creation and operation of NAWA at the Ministry of Science and Higher Education. Prior to her leadership at NAWA she worked at the National Agency for Erasmus, and in 2012 she became the Director of the Scholarship Programmes within the EEA and Norway Grants, as well as Swiss-Polish Cooperation Programme. In 2020 she received the award of IROs Forum - a network of the international offices of leading Polish state universities. In the last three years she has presented and been a speaker in sessions organized during APAIE, NAFSA and EAIE conferences, as well as in many national events. 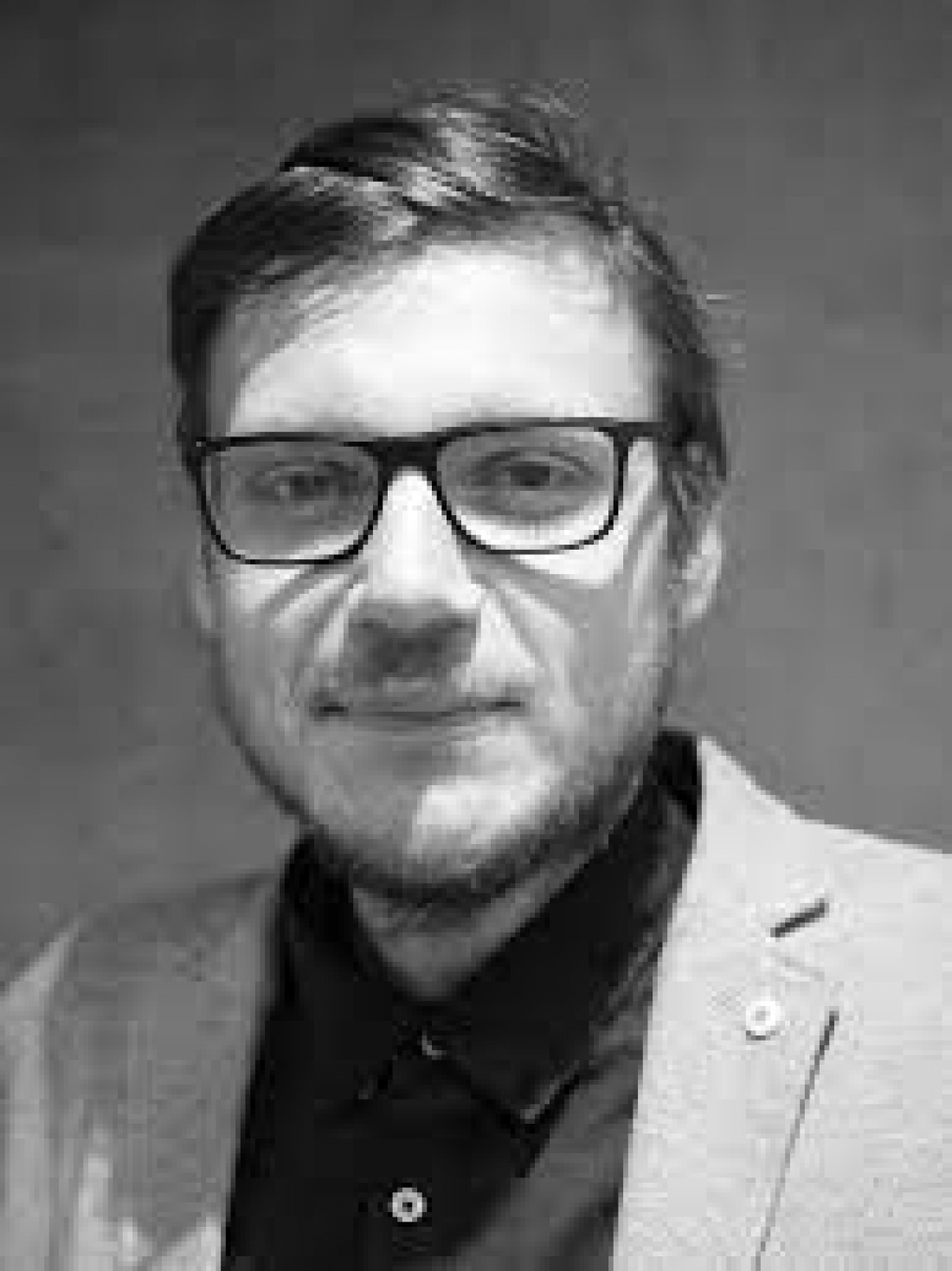 Miha Andric is an international communication, speech & debate teacher, philosopher,and sociologist.He is currently Director of the National debate organisation (ZiP), Board of Directors of the International Debate Education Association (IDEA), President of the Society for development of Humanities and Head of School Speech & Debate Program Argument. He has been serving as Program director of several international debate academies in Middle East, Africa, USA and Europe and has been national WS teams head coach from 2013. He has been Chief Adjudicator or Expert coordinator of more than 30 international competitions all around the world and has been training students and teachers in more than 50 countries. He is currently working on several different modern interactive strategies for teaching intercultural communications skills and critical thinking. 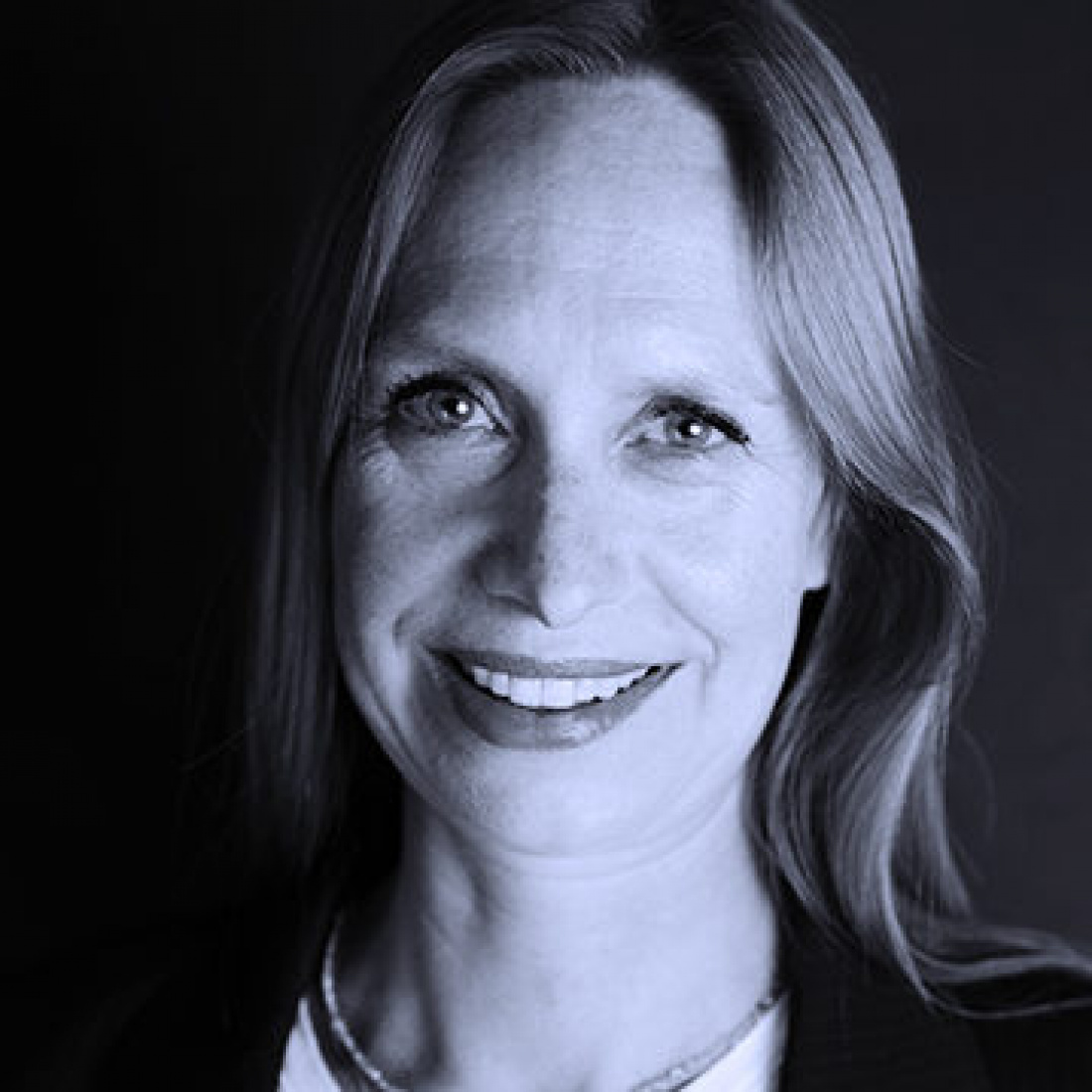 Nannette Ripmeester is Director of Expertise in Labour Mobility and founder of the app CareerProfessor.works. She is board member of Codarts University in the Netherlands and Director Europe & North America for i-graduate. Her love for international mobility was ignited whilst working for 7 years at the European Commission in Brussels, streamlining labour mobility within Europe as part of the EURES team. Ripmeester's most recent publication is "Cultural understanding as a key skill for employability" with Darla Deardorff. With over 25 years of experience working for large corporate clients and HigherEd institutions across the globe, she understands what makes people internationally employable, making Nannette a leading expert on mobility for study and work. 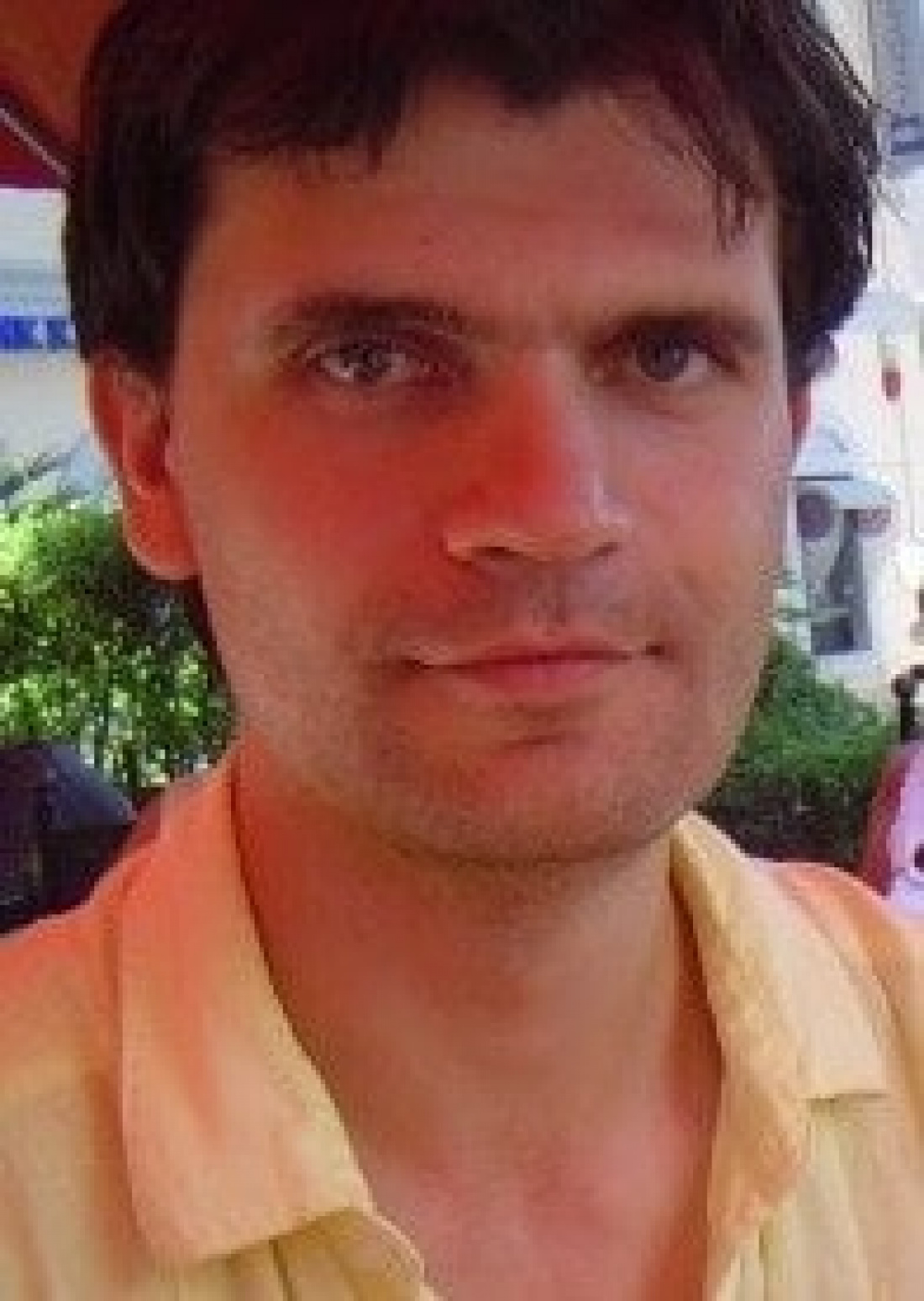 Sven Cerulus is the International Relations Adviser to the Faculty of Management at UC Leuven-Limburg, Flanders’ second largest university of applied sciences. He oversees all international programmes, projects and events organised at the Faculty of Management, but he is also an educational innovator in the E³UDRES² European University Alliance, which UC Leuven-Limburg is a member of. Further, Sven Cerulus is actively involved in Businet, where he is co-chair of the Internationalisation@home working group. Martin has over 20 years of experience in Higher Education, leading both business and management provision and international education. This includes Transnational Education (TNE), research collaborations, student and staff exchange, short-term mobility, and Collaborative Online International Learning (COIL). As Associate Professor, he has over 40 publications on mobilities, most recently on international student experience. Martin is currently Curriculum Lead (Associate Professor) at Coventry University. David Taylor is the General Manager of Businet, a global network of Higher Education Institutes. It is a position he has held since 1999. In that time Businet has tripled in size, now has 124 members in 35 countries.
David initially worked in the Travel industry. He worked for Thomas Cook for 11 years. When he left the industry, he held the position of Area Sales Manager Scotland and North East England for Thomas Cook Holidays, the tour operation arm of Thomas Cook at that time. He left the travel industry to follow a career in academia.
A 30 year career in education ensued. In 1993 he moved to New College Durham to take up a position of course leader for a specialist European Travel and Tourism programme at level 5. David completed a post graduate Certificate in Management and a post Graduate Diploma in Management, before completing his MBA.
New College Durham is a founder member of the Businet and David became involved in the TOURISM Group. He was the chair of that group from 1993 to 2001. In 1999 he took over as General Manager of the network, a position that he still holds. As General Manager of the Businet network David organises and hosts three conferences annually - the largest of these events attracts 200 plus delegates. He therefore spends a significant amount of time negotiating and working with the hotel and tourism sectors. Since taking the role of General Manager the network has trebled in size, currently boasting some 124 members in 35 countries.
David is also President of another European network called ESA. He has been a Board member since 2002 and has been President for the last 6 years.
In 2006 New College Durham established the role of Head of International partnerships. David held this position and held until he retired from full time employment in 2016. During the period 2006 to 2016 David continued to contribute regularly to Travel, or Events Management modules on a final year BA programme.
David took early retirement from New College is 2016.  He remains in his position with Businet and owns and manages a small property development company, as well as doing some consultancy work. The reason for taking early retirement was to allow him to pursue his passion for travel and to be able work, doing things the things he enjoys, when and where he wants to do them. His travels to date had taken him to over 90 countries before the current pandemic. 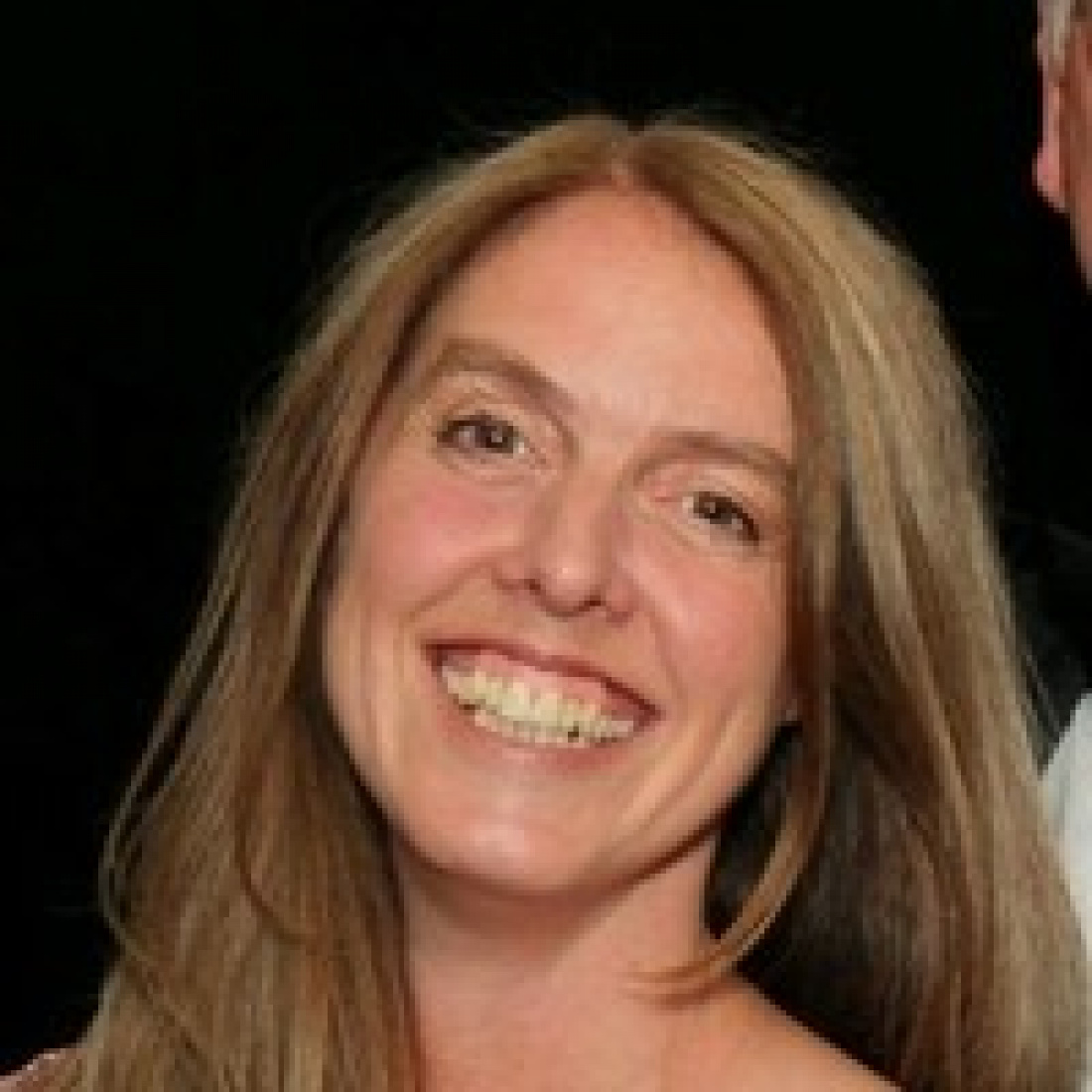 Following a successful career in the travel industry, Yvonne moved into the world of further education in 1996, undertaking a variety of management roles. As the International Office Manager at Hopwood Hall College, she was responsible for setting up the division and putting in place policies and procedures to ensure College staff and systems were in place to manage international student requirements. She was responsible for the set up and management of student accommodation, Admissions, immigration advice and pastoral care systems for international students. Moving into Student Service in 2009 she took management responsibility for a large team and student support funds in excess of £1m.

Throughout her career Yvonne has placed a strong focus on customer service working to develop wrap around care and support services to improve the student experience. She has worked as an independent Consultant since 2011 with extensive experience of helping institutions of Further and Higher Education to establish robust systems and procedures to support both home and overseas students. A member of the Chartered Institute of Management Yvonne spends any free time working in the voluntary sector as an active Governor in both Primary and Secondary Education. She is a Corporate Fellow of the Woodard Corporation and a trustee of an educational trust in the North West. Within her governor roles Yvonne chairs a number of committees and has substantial experience in managing change. 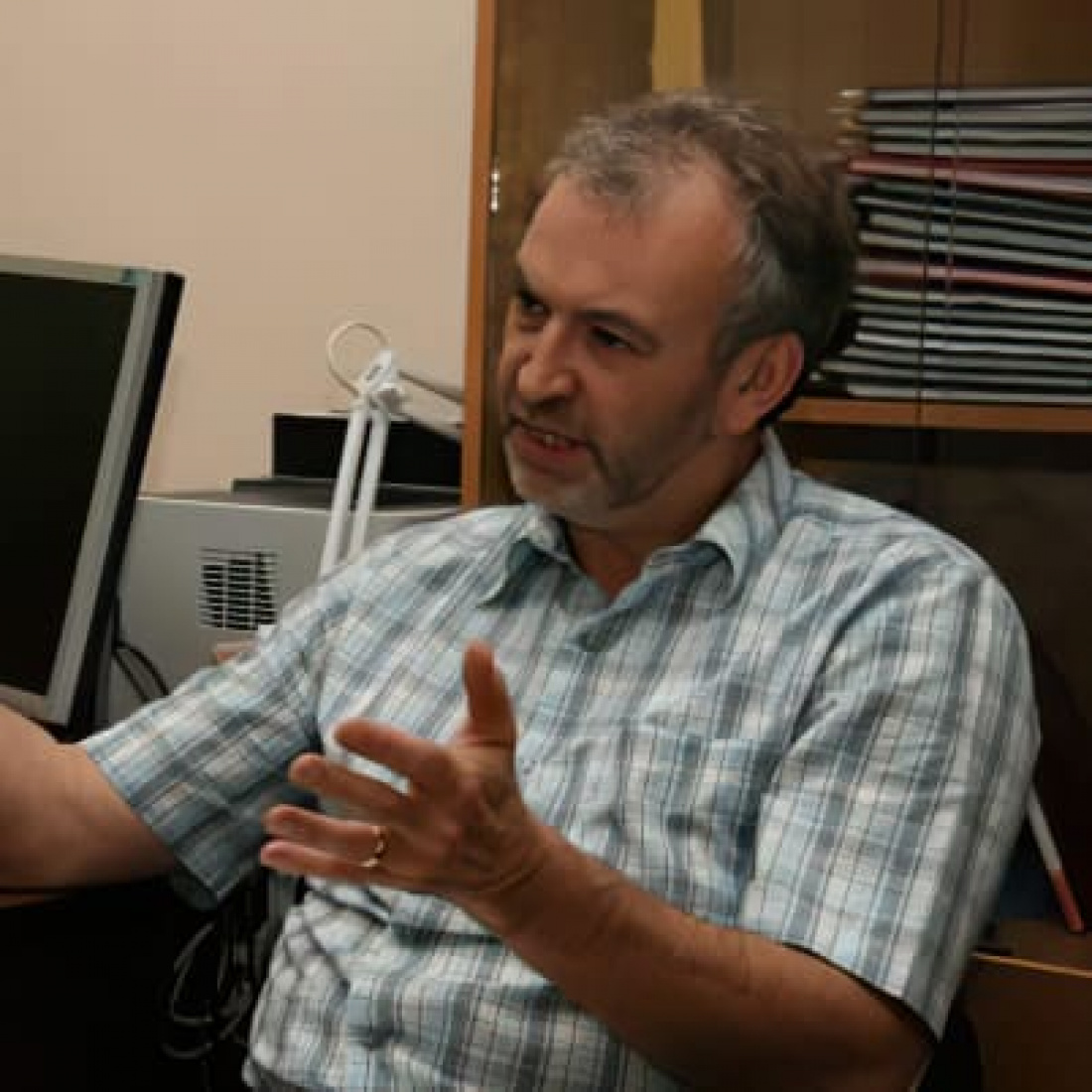 Dr Allan Lawrence has previously worked as the International Business Manager at Blackburn College, Walsall College and Hopwood Hall College, where he worked to recruit international students,and develop Joint Education Projects with partners from around the world achieving income targets in excess of £1m for each college. Allan has also operated as a consultant in the field of education and training and has worked as a lecturer and manager in further and higher vocational education for over 30 years. He was the Project Manager at Salford University for the project to establish the Salford Innovation Park. At Salford University, he specialised in progammes of training that developed entrepreneurship, creativity and business skills. He has been involved in projects with Salford and Manchester based small business NGO’s and Manchester’s growing social enterprise sector. During most of his career he has been involved in the development and management of a large number of international education projects within the European Union, Russia, India, Africa and the Far East. He has also worked as a consultant for the European Union, assessing applications for funding on behalf of the EU’s Lifelong Learning Programme. Dr Allan Lawrence has been an EU Assessor for over 15 years. 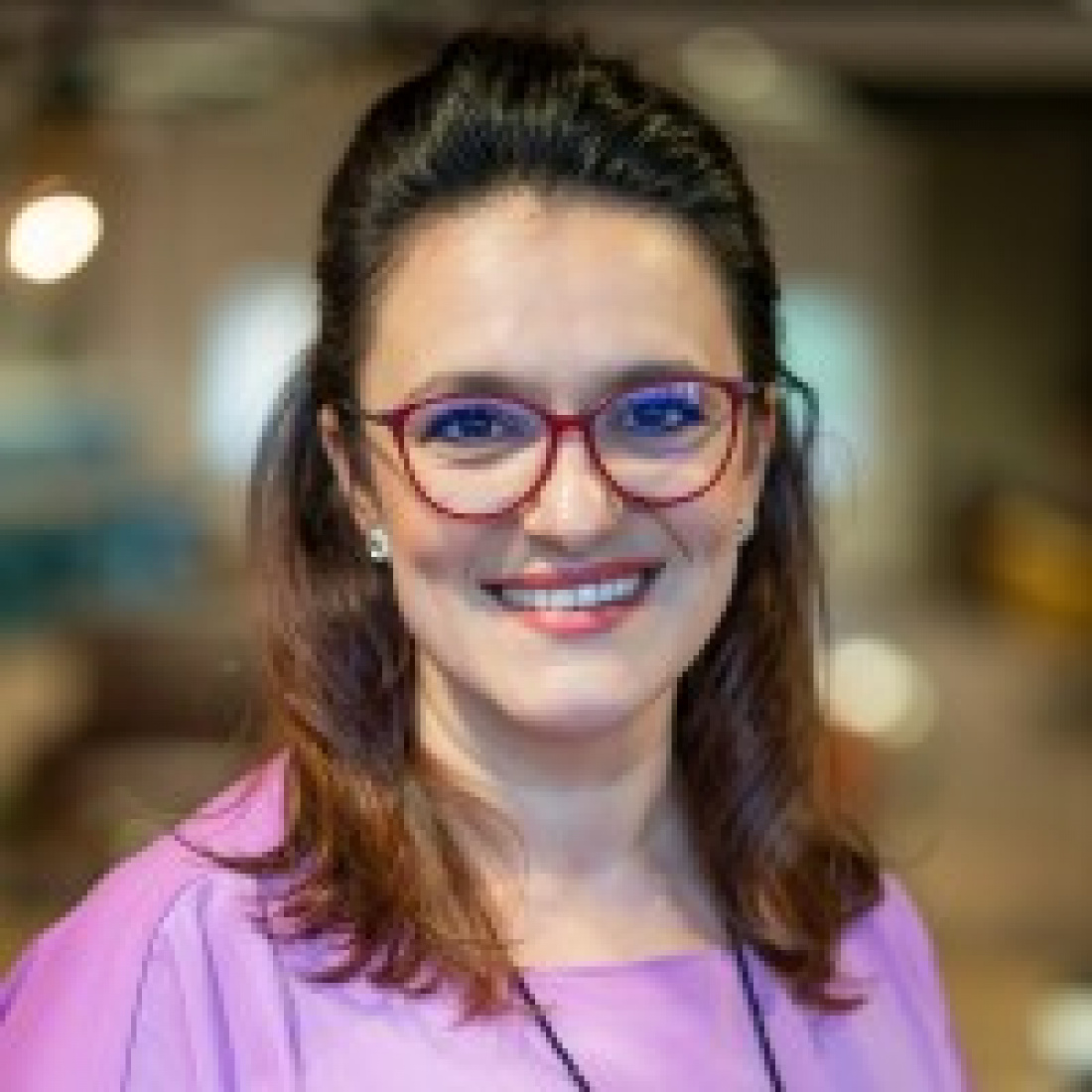 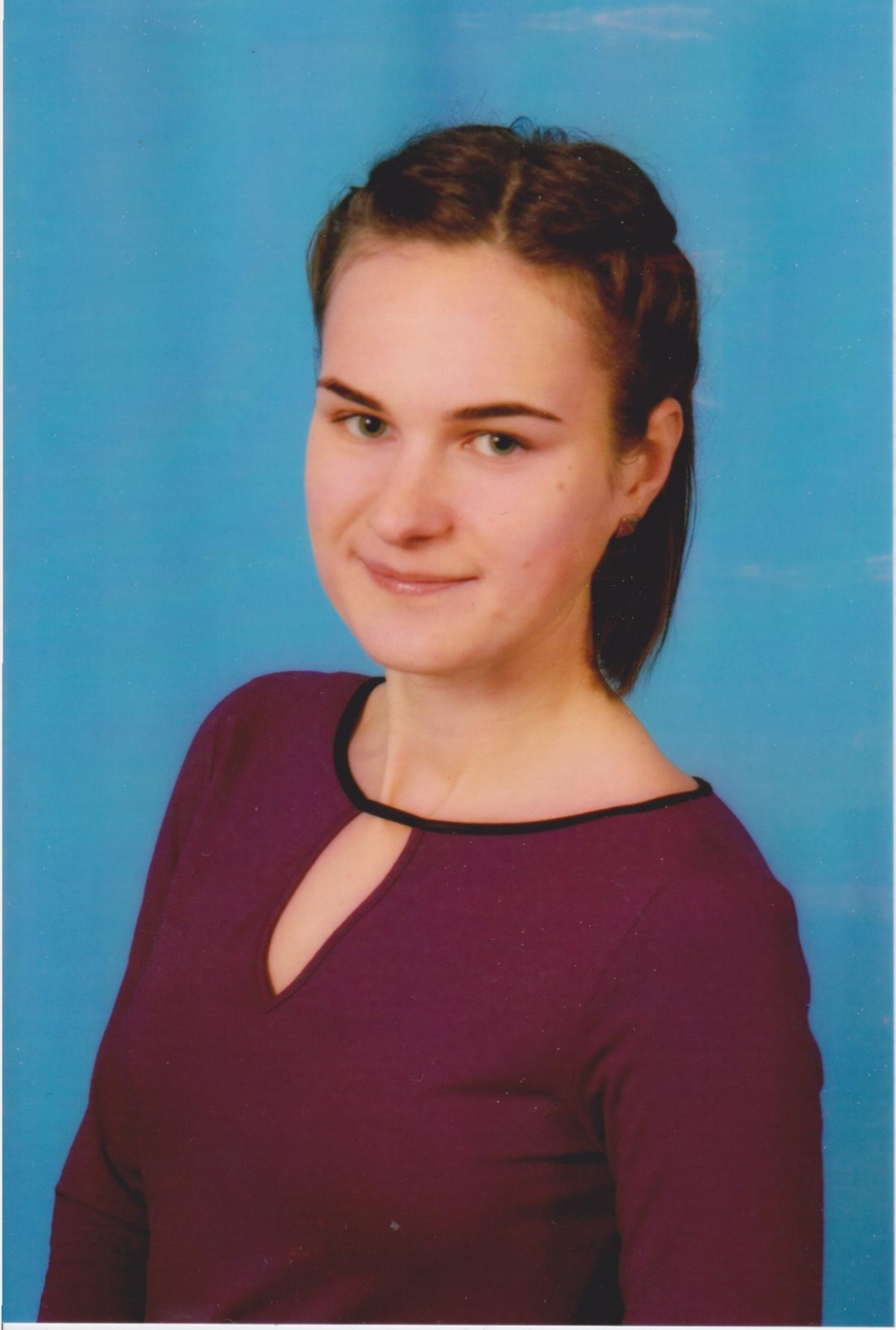 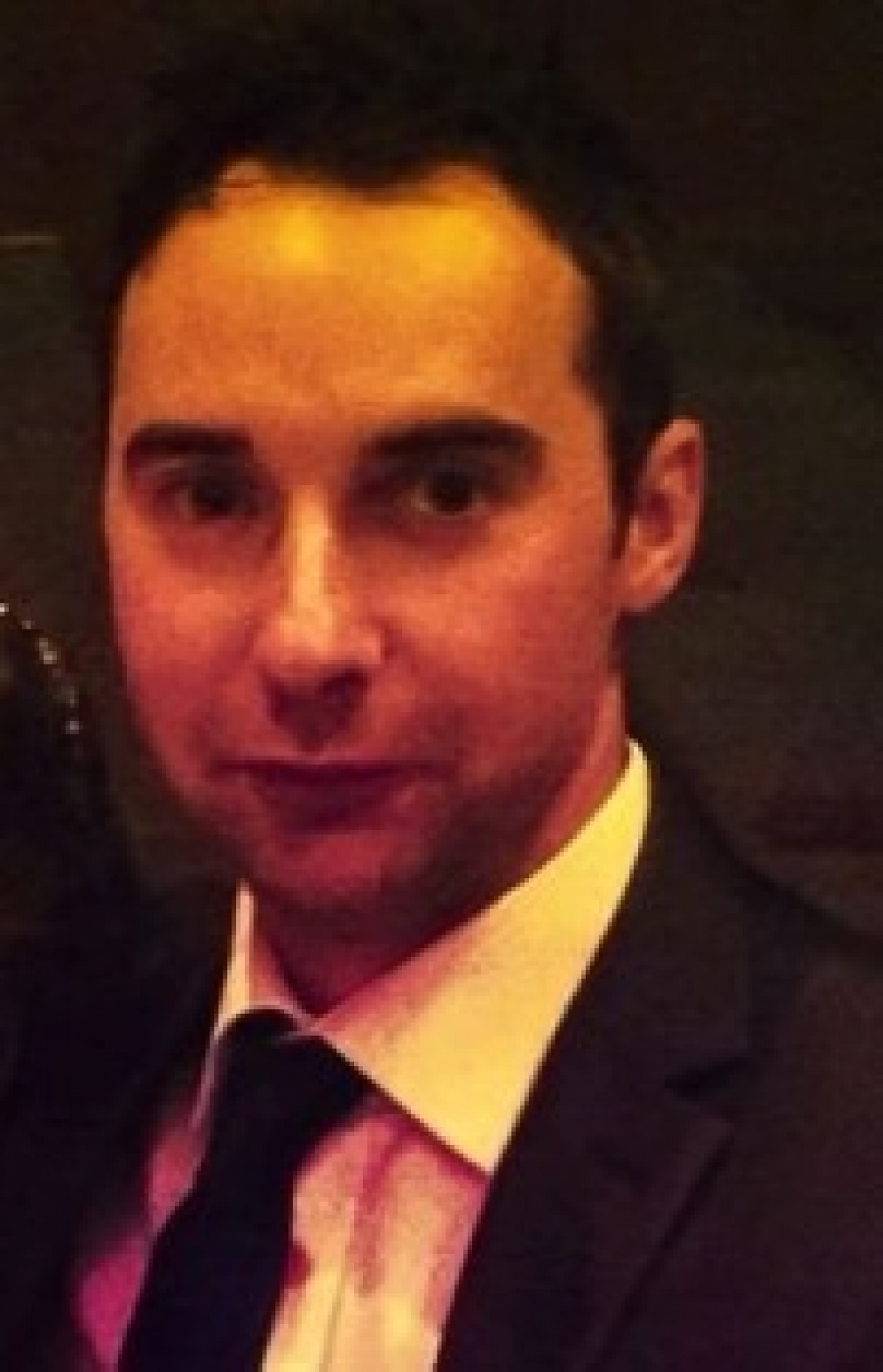 Member of the EUA, General Secretary of the Association of UK Higher Education European Officers [HEURO]. HEURO comprises a membership of over 100 UK universities and is run by an elected Executive Committee 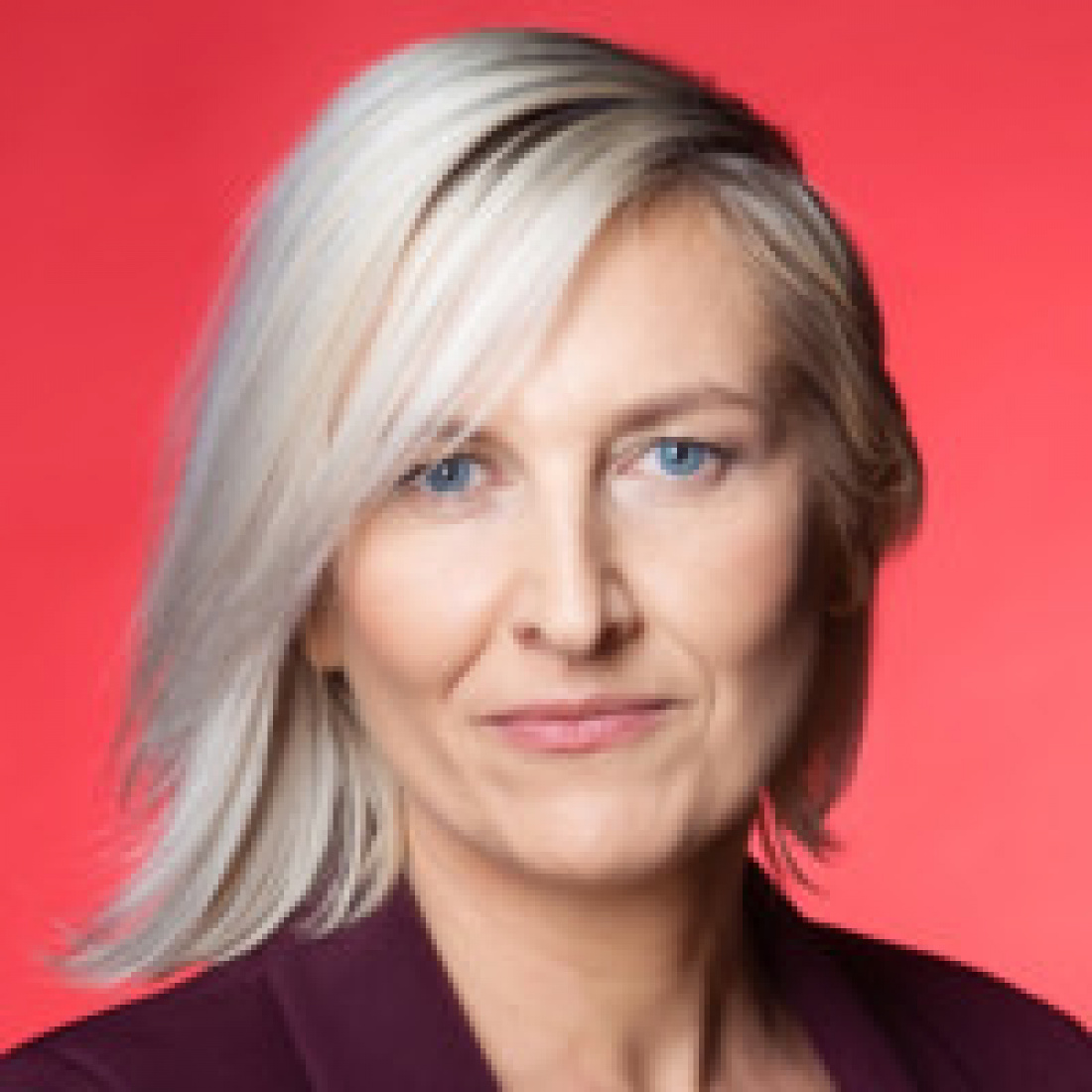 Psychologist, academic teacher with over 18 years of experience, trainer and manager, academic tutor, Design Thinking moderator, participant of many Polish and internatrional training courses in the field of applied innovation. Vice-Rector for Development and the director of the Quality and Innovation Center. For more than 15 years he has been involved in international higher education activities including promotion, recruitment, international educational projects and "internationalization at home". Currently holds the position of Director of International Relations Office at WSB University. Since 2012, he is also the President of Central European Institute for Social Change. He graduated from the Faculty of Management and Social Communication of the Jagiellonian University, the Faculty of Philosophy of the "Ignatianum" Academy in Krakow and MBA Finance & Insurance, School of Business, Illinois State University / WOiZ Technical University of Łódź. He completed part of his studies at the University of London (United Kingdom) and Trnava University (Slovakia). Currently, he implements interdisciplinary doctoral studies at the WSB Academy in the field of internationalization of family businesses. He carried out research projects and research internships in higher education centers such as the University of Vienna (Austria), University of Bergen (Norway), International Academy of Philosophy in Liechtenstein (Liechtenstein), Bifrost University (Iceland).