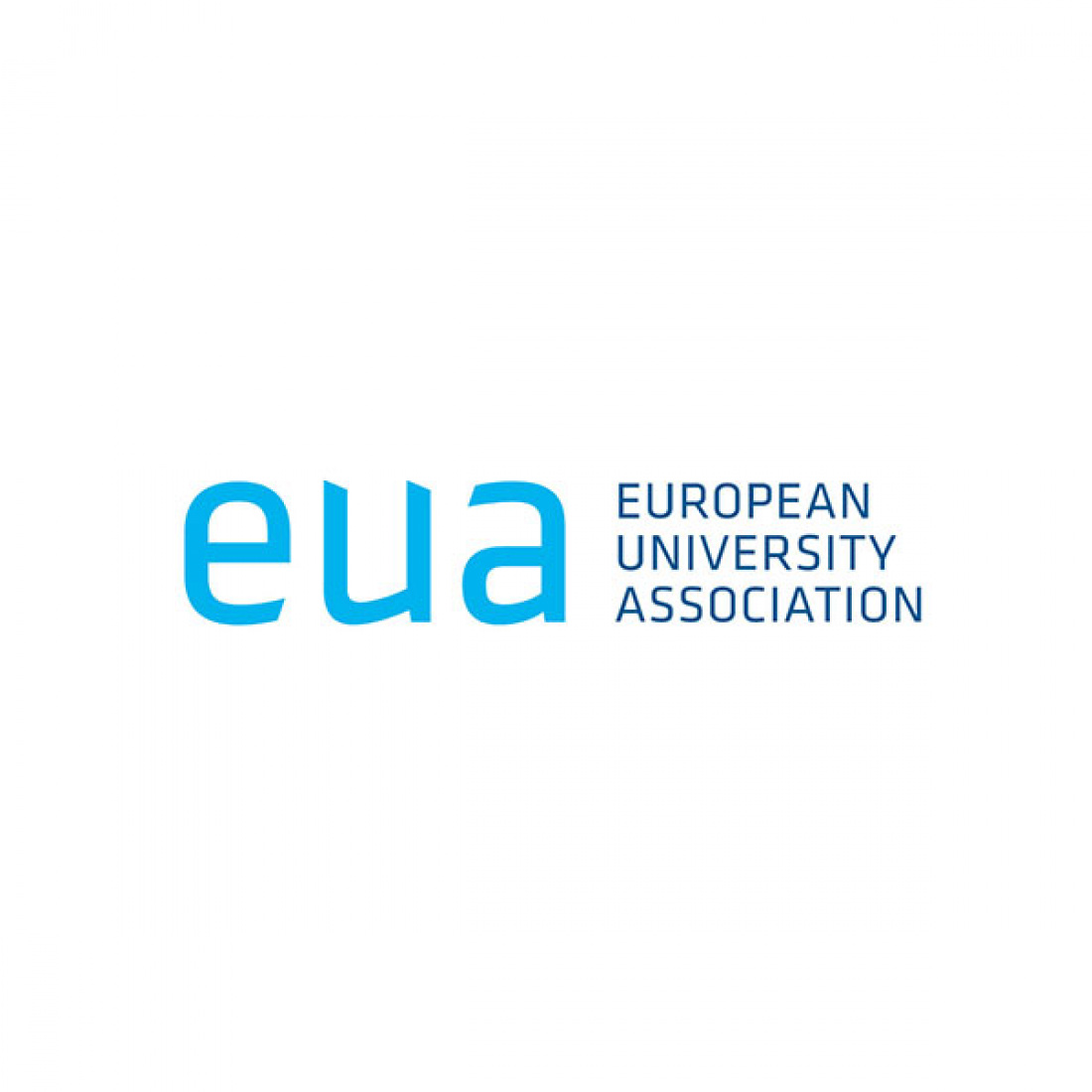 WSB University is a member of the prestigious European University Association.

EUA is the largest organization representing universities in Europe. It associates over 850 institutions in 47 countries, and a total of 17 million students study at all universities belonging to the organization. The EUA works for the development of higher education in Europe and represents the education sector in social and political fora (e.g. European Commission, European Parliament) that determine the shape of regulations concerning the future of higher education. 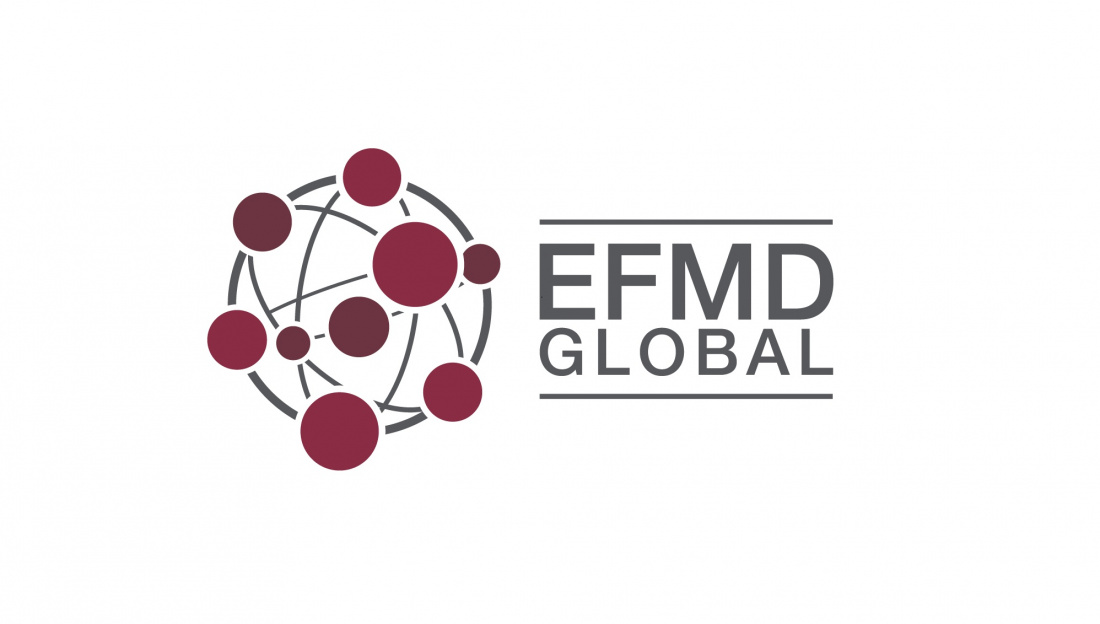 EFMD global is the leading international network in the field of management development and together with its members acts as a catalyst to promote education activities in business studies. 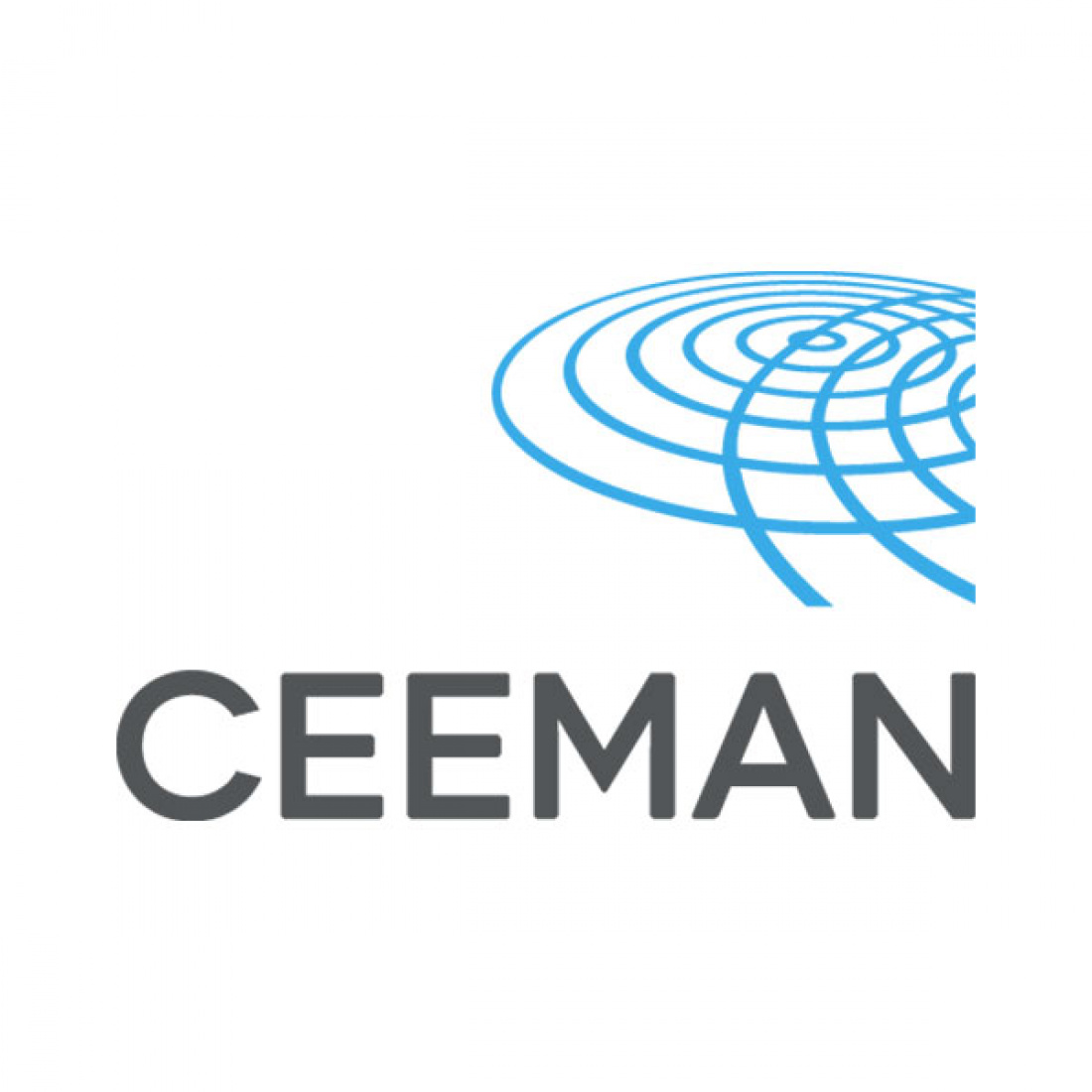 WSB University is a member of the CEEMAN association and university employees are among the experts of the international CEEMAN IQA accreditation. 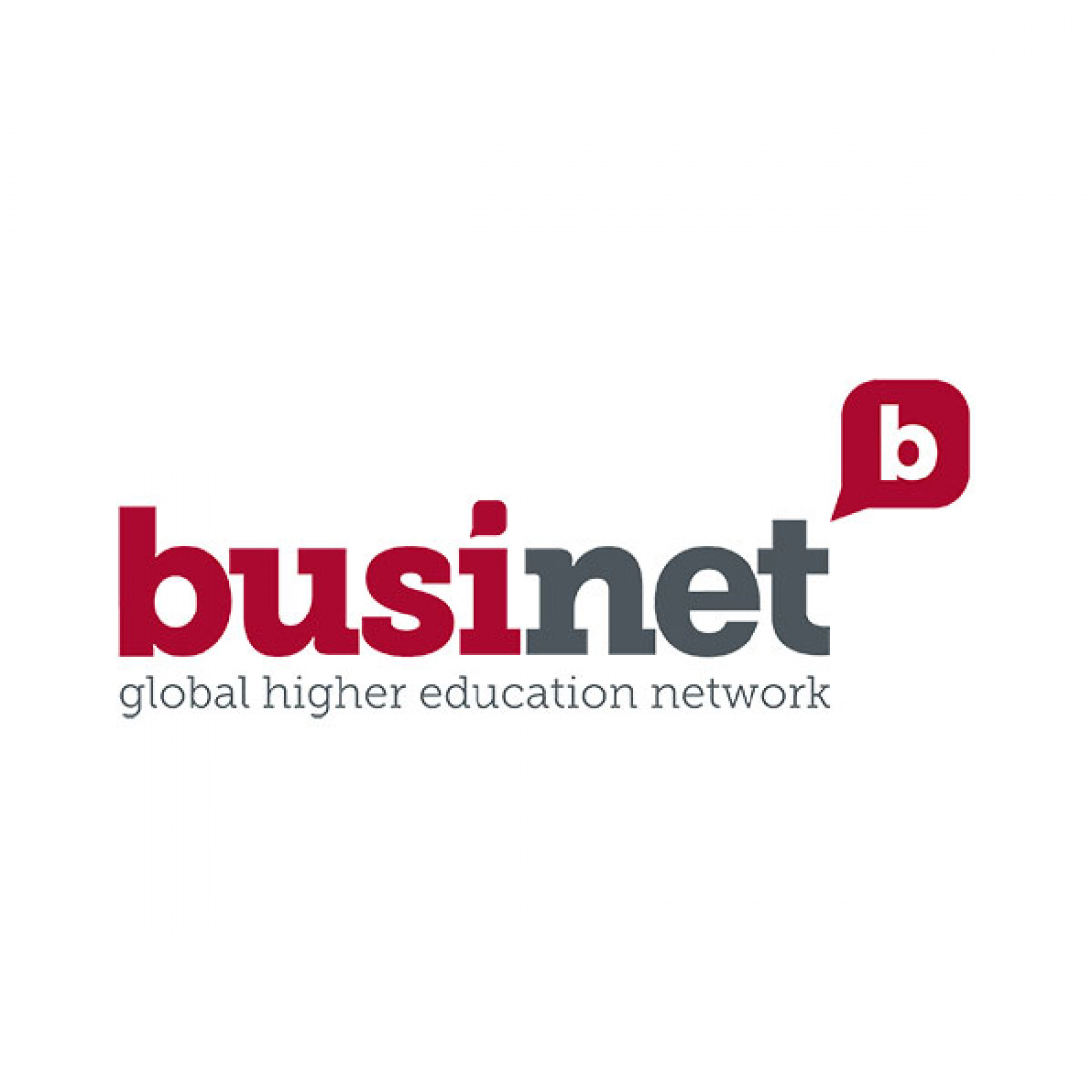 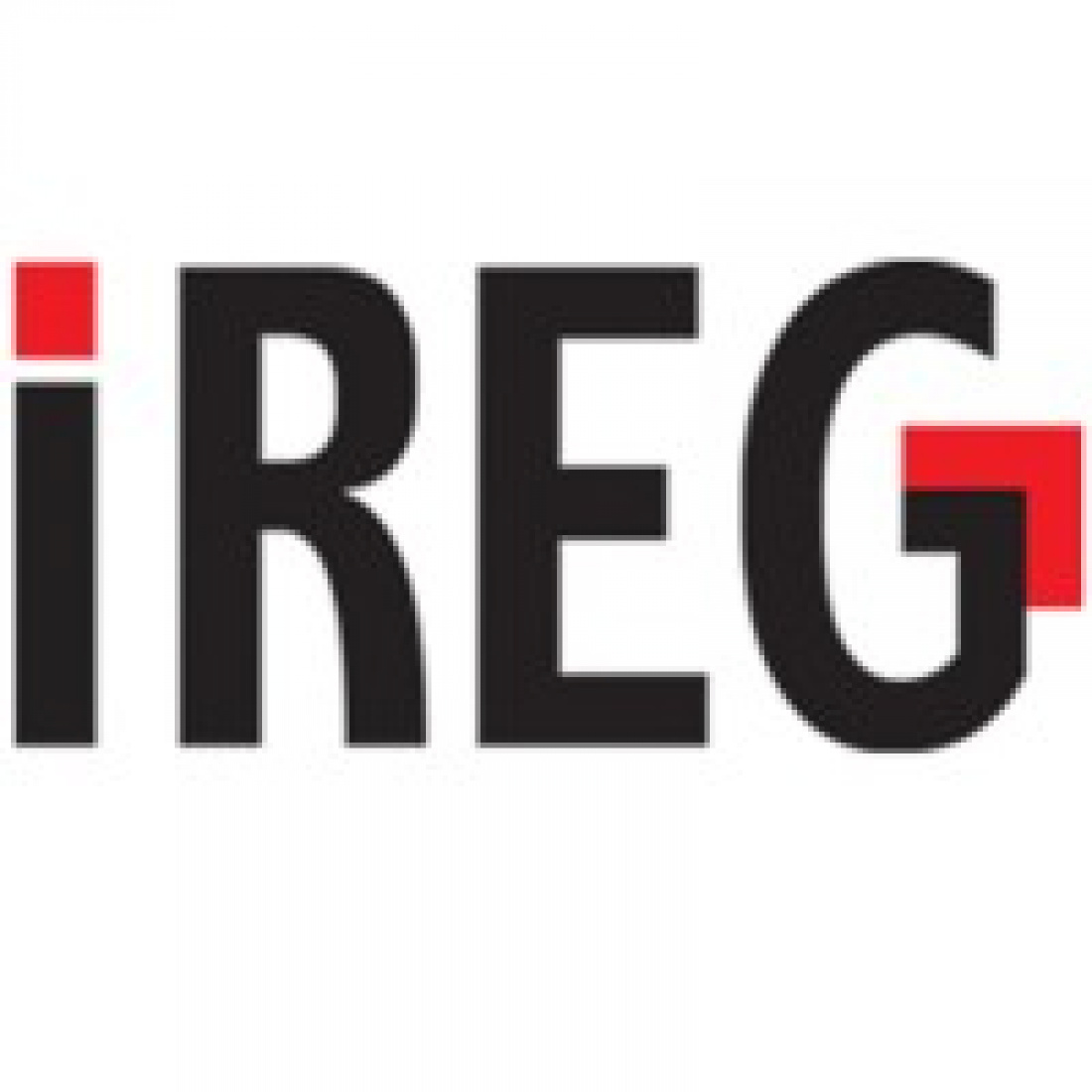 Since 2021 WSB University is a member of IREG Observatory on Academic Ranking and Excellence (in short: IREG Observatory). IREG is an international institutional non-profit association of ranking organizations, universities and other bodies interested in university rankings and academic excellence. Its purpose is strengthening of public awareness and understanding of range of issues related to university rankings and academic excellence.

Employees of WSB University are members of EAIE (European Association for International Education).

WSB University has joined the group of signatories of Magna Charta Universitatum.

Magna Charta is one of the most important documents of the scientific community. It was created in 1988 at the University of Bologna during the 900th anniversary of the oldest HEI in Europe and was signed by 388 rectors gathered there. At this point more than 900 universities from 88 countries of the world have become signatories of Magna Charta. And now WSB University is one of them!

Magna Charta Universitatum enshrines the principles of academic freedom and institutional autonomy. The document is a standard for the academic community - to all those who share the same academic values and goals. The document both defines the role of the university as an institution around which the life of society revolves and specifies the basic principles that must underpin the university's activities. The signatories of "Magna Charta Universitatum" pledge to uphold the academic values of tolerance, respect and openness. Universities in the spirit of Bologna are to be the center of social life and a meeting place between student and masters. The universities also undertake to create a uniform system of evaluation and promotion, which should facilitate the employment of graduates abroad and their scientific work. They are also to develop an identical education system based on undergraduate and graduate studies. The result of these activities will be a common higher education area, independent of political, cultural and linguistic divisions. 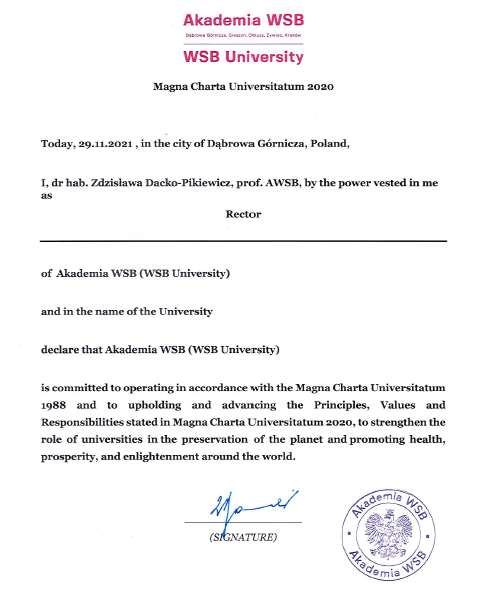